Tecno Pouvoir 4 Pro takes things up a notch. It offers a package more premium than that of the standard Tecno Pouvoir 4. It comes packed with more RAM, bigger storage, a faster processor, and lots more. This article covers the Tecno Pouvoir 4 Pro specs and price, which will help you make your purchase decision.

Comparing the design of the Pouvoir 4 Pro its less premium sibling, you get to find that there isn’t any difference to reckon with. Both smartphones feature an identical chassis design.

It’s the same rear setup that bears resemblance to that of the Camon 15. Here we have a square camera module housing quad cameras and a flash. we also have an optical fingerprint sensor and the Tecno branding which indicates its a Tecno phone.

Upfront we have a massive 7.0-inch IPS LCD display with a screen resolution of 720 x 1640 Pixels. This display comes in as a bit of a drawback from last year’s Tecno Pouvoir 3 plus, which had an AMOLED display.

Tecno Povouir 4 Pro cameras are an upgrade to both the Tecno Povoir 3 plus and the less premium Pouvoir 4. It features more capable cameras, geared towards improving smartphone photography.

The rear camera system is home to a 16MP primary camera, 5MP, and 2MP secondary cameras, as well as a low light sensor to improve photos taken in the dark. This camera setup is capable of taking photos in HDR and videos up to 1080p 30fps.

Selfies are manned by a single 8MP front-facing camera, which is aided by dual-LED flashes for bright selfies and video recording.

Tecno Pouvoir 4 Pro gives more relevance to the massive 6000 mAh battery featured on Pouvoir 4 series phones, in the sense that it offers more capable hardware that makes you appreciates its battery more.

It ditches the quad-core processor we saw on the Pouvoir 4 and opts for an Octa-core MediaTek Helio P22 processor. You also get 6GB of RAM and 128GB of internal storage with an option for storage expansion up to 256GB via SD-card.

On the software side, you have got the same HIOS 6.1 user interface running on the Android 10 operating system.

Internet connectivity on the Tecno Pouvoir 4 Pro is capped at 4G LTE, due to the absence of 5G support.

Be the first to review “Tecno Pouvoir 4 Pro” Cancel reply 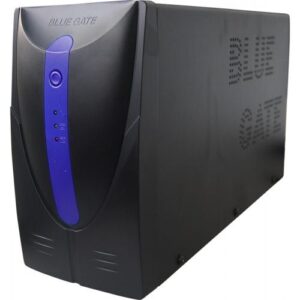