Hisense Laser TV 100-inch ‘panel-less’ 4K Ultra HD Smart Laser TV is the absolute opposite of your ordinary smart TV. It’s a masterful combination of movie-theater technology, elegant aesthetics, and a simple table-top setup. You can easily turn your living space to a home cinema without having to mount a heavy LCD TV on the wall.
The Hisense 4K Ultra HD Smart Laser TV features Hisense’s proprietary technology to produce luminance, color and motion rate for a premium viewing experience. In addition, the TV comes with built-in Harman Kardon® speakers, 3000 lumens to show bright colors, a UHD Upscaler, Wi-Fi, popular music and movie apps (such as Netflix) and many more features to enjoy.

Hisense is one of the global leaders in Laser TV and we’ve engineered the next leap in home theater technology. Featuring a huge 100-inch screen, 4K UHD resolution, and vivid laser light source, the Hisense Laser TV offers an incredible picture in any room of your home – day or night. Plus, with 110W of Harman Kardon sound, Alexa-enabled voice control, dual-band WiFi, and a host of built-in apps, you get everything you need to bring your home theater to the next level in one sleek beautiful package.

Hisense’s Laser TV is a television by name, but it’s really a short-throw home theater projector paired with a projection screen specifically designed for it. On one hand, it’s a very expensive TV. On the other hand, it produces a massive, bright 100-inch native 4K picture that no consumer LCD or OLED can offer. It’s also completely functional straight out of the box thanks to its short-throw design and included screen and packs a surprisingly powerful audio system to boot

All the Projector Parts

The Hisense Laser TV consists of three parts: the projector, the screen, and the subwoofer. Since all three are included as a single product, setting up the Laser TV is a simpler and more direct process than most home cinema projection systems where the screen must be purchased separately from the projector. The short-throw design also means you can simply place the projector immediately below the screen instead of setting up a ceiling mount platform several feet from the screen.

The 100-inch screen is the largest component in terms of area, but the projector is by far the most massive. It’s a 7.3-by-23.7-by-15.8-inch (HWD) short-throw projector dominated by a glossy black panel on the top and a black cloth speaker grille on the front. The grille covers a 50W (25W per channel) Harman Kardon stereo speaker system that, combined with the included subwoofer, gives the TV some very powerful sound. The lens sits in a tapered recess on the top panel, angled up and forward. A metal band runs at an angle around the sides of the projector, creating a silver lip near the bottom front and forming a spoiler-like raised section near the top back.

All of the projector’s connections sit on the right edge of the back panel. An RS232 serial connector, antenna/cable connector, and micro USB port for service face right from a resource on the right back corner. The projector’s two HDMI inputs, two USB ports, VGA video input, 3.5mm audio input, optical and stereo RCA audio outputs, Ethernet port, and additional 3.5mm service port sit slightly inward from the right side, facing back.

The display is a 100-inch dark gray projection screen designed to work specifically with the projector. Its dark gray appearance is intentional, indicating that the material is meant to reject light sources from angles other than the projector itself, preventing the picture from washing out in bright rooms. With the projector positioned approximately eight inches from the screen, it can fill the entire screen evenly and without distortion.

The remote is a slim 1.7-by-6.8-inch brushed metal wand with a large square navigation pad near the top. The power button and dedicated service buttons for Amazon, Netflix, Vudu, and YouTube sit above the pad, and volume and channel rockers sit below it. It uses a Bluetooth connection to control the projector without requiring line of sight.

The subwoofer is a 13.3-by-6.2-by-14.1-inch Harman Kardon-designed black box with a 6-inch driver. It connects wirelessly to the projector over Bluetooth to provide some impressively loud low-end.

Anyone comfortable with putting up shelves can set up the TV. The screen must be mounted on a wall, with the included wall-mount brackets and hardware suitable for both drywall (with studs) and solid block walls. Once the hardware is set up, the screen mounts securely on it, against the wall. The projector must then be placed in front of the screen, adjusting the position and orientation to completely fill the screen with its projection without distortion.

While some Hisense TVs like the 50R7E use Roku TV for their connected features, the Laser TV uses Hisense’s own smart platform based on Vewd Software’s Vewd OS. It’s a relatively simple interface visually similar to LG’s webOS, with large, colorful icons for live TV, inputs, apps, and media playback. It provides access to a handful of prominent streaming services, like the aforementioned Amazon, Netflix, Vudu, and YouTube, along with iHeartRadio, Fandango Now, Pandora, and Pluto TV. It’s missing some major names, though, including Google Play (Music or Movies & TV), Hulu, and Sling TV.

We test TVs using a Klein K-10A colorimeter, a Murideo SIX-G signal generator, and SpectraCal’s CalMAN software on a Razer Blade Pro, using a methodology based on Imaging Science Foundation’s calibration processes. Because the Hisense Laser TV is a projection system rather than an emissive display like a LED-backlit LCD or OLED, our usual methodology for determining contrast doesn’t apply. Typically, we measure peak brightness and black level with our colorimeter flush against the TV’s screen itself, using a rubber gasket to keep out any outside light. A front projection system like the Laser TV relies entirely on outside light, however. To compensate for this, we took measurements at a distance of two feet from the screen in a low-light, but not completely blacked out, environment.

Under these conditions, the Laser TV shows a peak brightness of 158.58cd/m2. This would be fairly dim for an emissive display, but for a projection system producing a 100-inch picture, it’s rather bright and quite easy to see in most lighting situations. The screen does a very good job of only reflecting light from the projector and absorbing other nearby light sources (hence the term “ambient light rejection screen,” and the reason for its dark gray color), keeping the picture visible even with overhead lights on.

The above chart shows Rec.709 broadcast color levels as boxes and measured color levels as dots, in the HDR Theater mode with color temperature set to the warmest preset of Low. Whites are spot-on, and the Laser TV admirably reaches beyond standard levels for greens and blues, though reds appear undersaturated, and cyans and magentas appear very cool. The result is a picture that can look quite vivid for a projection TV and largely appears balanced, but not particularly accurate outside of neutral white. If you wish to make the investment (and we recommend it for any big-ticket home theater centerpiece TV like this model), the Laser TV offers 2- and 10-point white balance adjustments for calibration, and individual hue, saturation, and brightness adjustments for primary and secondary colors.

Off-angle viewing is excellent. Colors remain saturated and accurate no matter where you sit in relation to the screen. The picture doesn’t fade or distort even if viewed from the extreme sides. This is again to the screen material’s credit as much as, if not more, than the projector’s.

BBC’s Planet Earth II looks bright and clean on the Laser TV, particularly with Active Contrast set to Medium or High. The projector’s 4K resolution is on full display with this Ultra HD Blu-ray disc, showing fine textures like sloth fur very clearly on the screen. Colors generally look natural, with particularly deep and varied blues for water, but the green of leaves in bright sunlight appears a bit more yellow than preferable. When viewed in a dark room, the picture looks crisp and vivid, comparable with a LED-backlit LCD TV.

Unlike vivid documentaries, film content with a lot of people under relatively consistent lighting is better viewed with Active Contrast set lower or turned off. The colors look less vivid with this setting but appear much more accurate. The Great Gatsby looks very natural on the Laser TV, with accurate skin tones against the stark blacks and whites of the party scenes. As a projection TV, it can’t produce very deep blacks, but the Laser TV manages to show the cuts and contours of black suits clearly without making them appear gray or otherwise washed out. You won’t get the inky black levels of an OLED TV, but you’ll still get an eye-catching picture with strong highlights and shadows.

Deadpool also looks quite good, with the title character’s costume appearing natural and neutral despite the undersaturated red levels we measured in testing. The largely cool outdoor fight scenes help balance the otherwise undersaturated reds, producing a strong contrast of color in the opening chase sequence.

Pacific Rim shows off plenty of detail and reasonably strong contrast on the Laser TV. Falling rain on giant robots looks sharp, and the bright glow of generators and kaiju organs stands out against the dark, stormy sea in later fights in the movie. Even with overhead lights turned on in the test room, the picture appears bright.

A Big TV for Big Wallets

The Hisense Laser TV is an impressive projection system that justifies its price for the sheer size of the screen it offers and the relative convenience of setting up the experience. Its $10,000 price tag is a bit hard to swallow for most buyers, but for a 100-inch native 4K display ready out of the box, it’s quite reasonable. It isn’t as bright and its colors aren’t as strong as flagship TVs like LG’s Editors’ Choice OLEDE8P or Signature OLEDW7Pseries, but those models top out at 77 inches with similar five-digit price tags at a minimum. If you want a huge screen for less money, you’ll need to look into a standalone home cinema projector combined with a good projection screen, and that means a bit more shopping and planning footwork for getting both components and setting them up to work well together. For now, the Hisense Laser TV is the easiest way to set up a 100-inch 4K TV in your home. 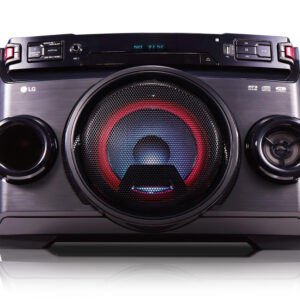 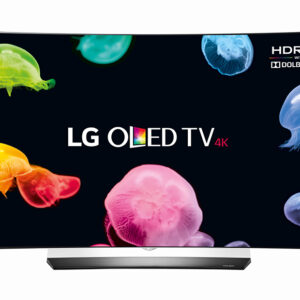 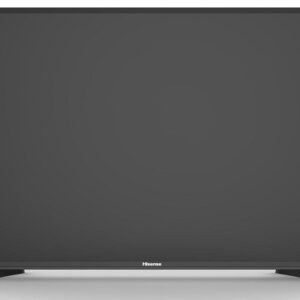